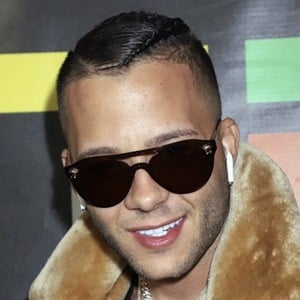 Latin dancer turned rapper who helped pioneer the movement known as Flow Music. He's also known for singles such as "Infinitely," "Yo Soy," and "Castigo."

He initially found his passion in dance at the age of 15 and traveled the world choreographing routines.

He starred in the film Reggaeton The Movie.

He has collaborated with fellow latin singer Bryant Myers on his hit "Borracho & Loco."

Nio García Is A Member Of