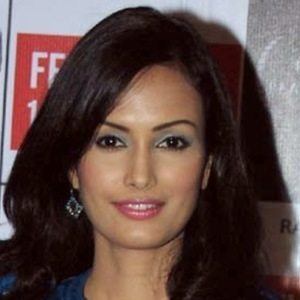 TV actress who played Soumya Diwan in Main Lakshmi Tere Aangan Ki from 2011 to 2012. She has more than 950,000 followers on her missnisharawal Instagram account.

She appeared in music videos and commercials for Sunsilk, Coca-Cola and Fem Bleach before appearing in films and television shows.

She made her Bollywood debut as Maya in the 2008 film Hastey Hastey.

She married Karan Mehra in 2012. They have a child named Kavish Mehra.

She has appeared on screen with actor Jimmy Shergill.

Nisha Rawal Is A Member Of