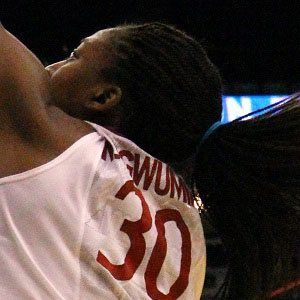 WNBA power forward who was named the WNBA Rookie of the Year with the L.A. Sparks in 2012.

She was a 5A State Champion during her senior year at Cypress Fairbanks High School.

She reached four Final Fours with Stanford University before being drafted 1st overall by the Sparks in 2012.

She was raised with three younger sisters: Chiney, Chisom and Ernima.

She followed in the footsteps of Candace Parker by being drafted first overall by the Sparks and winning Rookie of the Year honors.

Nneka Ogwumike Is A Member Of