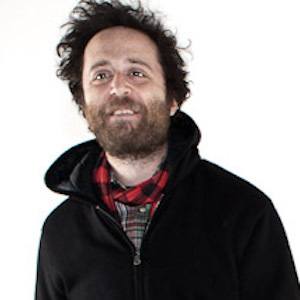 Photographer who achieved massive viral fame in 2006 with the release of his YouTube video "Everyday." To create the video, he took one photograph of himself every day for six years and ran them together chronologically.

He grew up in Centerport, New York. He graduated from Harborfields High School and, later, the School of the Visual Arts in Manhattan.

His "Everyday" video was spoofed by The Simpsons in the episode "Eternal Moonshine of the Simpson Mind," in which 39 years of Homer Simpson's life are set to the same piano score as Kalina's video.

The score for his viral video was composed by his then-girlfriend, Carly Comando.

He recreated his "Everyday" pose with Weird Al Yankovic backstage at the VH1 Big in '06 Awards.

Noah Kalina Is A Member Of