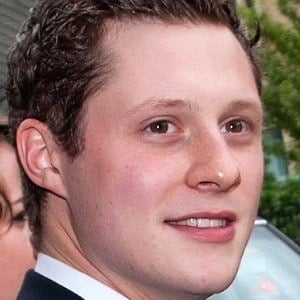 Canadian television and stage actor who is widely recognized for his role as the titular character on the 2015 series Kevin from Work. He is also known for his work on the series Schitt's Creek in 2017.

As a child, he provided the voice of Tommy Settegren in the animated film Pippi Longstocking.

He was nominated for a Canadian Screen Award for his work in the 2015 film People Hold On.

He is from Canada. He married Clare Stone in 2020.

He was cast on the series Schitt's Creek alongside Eugene Levy.

Noah Reid Is A Member Of