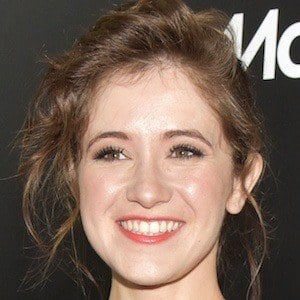 Actress and comedienne best known to TV audiences for her time on Saturday Night Live. She is also famous for her popular YouTube videos, which have earned millions of views worldwide.

She worked as an actress and magician's assistant the Austin, Texas-based vaudeville theatre Esther's Follies.

She became the first Hispanic female performer ever hired as a cast member on Saturday Night Live.

Her parents are of Tunisian and Hispanic descent.

She co-starred with Kyle Mooney on Saturday Night Live.

Noel Wells Is A Member Of

Craig of the Creek
Wander Over Yonder
Master of None
Dreamland