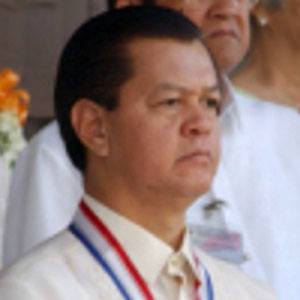 After serving in his country's Senate from 2001 until 2004, this Independent politician became Vice President of the Philippines under the presidential administration of Gloria Macapagal-Arroyo.

Before beginning his political career, he worked as a broadcast journalist and hosted popular programs such as TV Patrol and Good Evening, Nation.

He was born in the Philippines' Oriental Mindoro Province to Manuel de Castro Sr. and Demetria Leuterio. He later married Arlene Sinsuat.

He and fellow political Independent Lito Lapid both served in the Senate of the Philippines.

Noli De Castro Is A Member Of