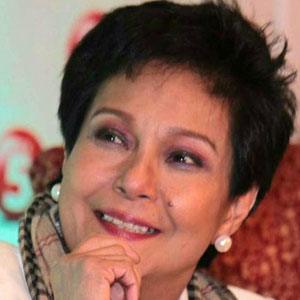 Known for her roles in such Philippine films as Bona, Himala, and The Flor Contemplacion Story, this multi-time FAMAS Award-nominated actress also won an Asian Film Award for her role as Shaleha in the 2012 film Thy Womb.

She and her nine siblings grew up in the Philippine province of Camarines Sur. During her younger years, she won two major singing contests in her native country: the Darigold Jamboree and The Liberty Big Show.

She received the 1985 FAMAS Best Actress Award for her role in in 'Merika.

She married fellow actor Christopher de Leon in 1975. Before separating, they became parents to one biological child and four adopted children.

She appeared opposite Tirso Cruz III in numerous films. Cruz was a member of the famous Cruz clan of Filipino entertainers, a group that includes television actress Sunshine Cruz.

Nora Aunor Is A Member Of