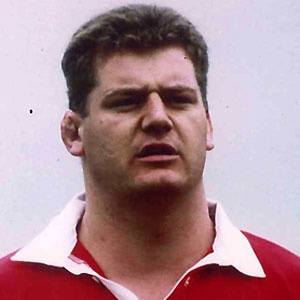 Lock who played for the Canadian national team and for the London Wasps domestically. He also played in the 1991 Rugby World Cup.

He earned his M.B.A. degree from the University of British Columbia, and made his Canadian rugby debut in 1987.

He gained national notoriety after beating up criminals on the London Underground subway, an act which even earned him a mention from Prime Minister John Major.

He and Jamesa Haskell are both well-known for their time as members of the London Wasps.

Norm Hadley Is A Member Of