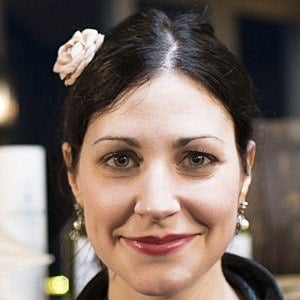 Comedian who became known as host of the candid camera show Raj Raj. She was also known as the character Bitterfittan (aka The Bitter Cunt) on the comedy show Ballar av stal (Balls of Steel). She has been a radio talk show host on Morgonpasset on Sveriges Radio P3.

She has also acted and became known after appearing in the crime drama Det test skriket (Beck) in 2006.

She was born in Lebanon, but grew up in Sweden. She is of Syrian and Lebanese descent. Her parents divorced early in her childhood and she was raised by her mother.

She shares a birthday with fellow actress Olga Kurylenko.

Nour El-Refai Is A Member Of