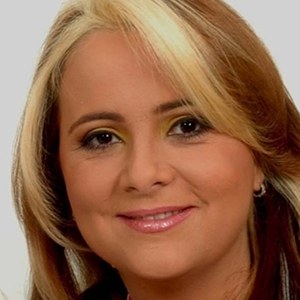 Award-winning investigative journalist from the Dominican Republic. She is also the CEO of her own news production company called NCDN. She has over 700,000 followers on Instagram and over 1.3 million followers in Twitter.

She was born in Santo Domingo to immigrant parents from the Basque and Catalan regions of Spain. Her father was a journalist who was killed by the authoritarian regime in the Dominican Republic under Joaquín Balaguer.

In 2014, EFE, an international Spanish News Agency, listed her as one of the most influential women in Ibero-America.

She married fellow journalist and broadcaster Pablo McKinney, and the couple had a daughter named Leslie Paola McKinney.

Tony Dandrades is another popular journalist from the Dominican Republic.

Nuria Piera Is A Member Of