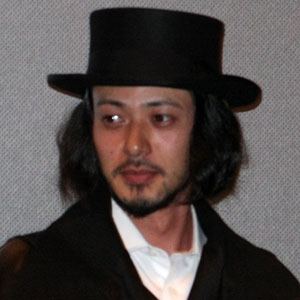 He applied to study film directing at California State University-Fresno but enrolled in the Theater and Arts Department by mistake.

He released a book in 2001 called Odagirism.

He starred in a Kamen Rider series like Koji Seto.

Odagiri Joe Is A Member Of