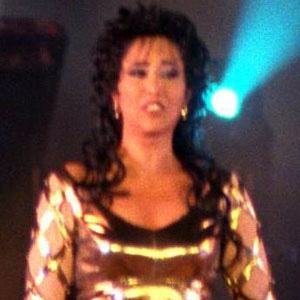 Mezzo-soprano Israeli singer who became a pop star on both sides of a politically divided region.

She was discovered by a talent scout while performing in a local theater and was offered a chance to sing.

After a string of enormously popular hits in Israel, she released an album of Yemenite songs and that reached Platinum-selling status.

She grew up the youngest of nine children to a working-class Yemenite Jewish family.

For her sometimes provocative lyrics, as well as her covers of Madonna's songs, she was called The Madonna of the East.

Ofra Haza Is A Member Of