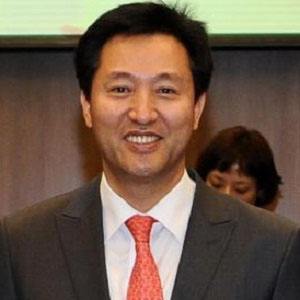 From 2006 to 2011, this Saenuri Party politician served as Mayor of Seoul, South Korea. Also a writer, he published works titled When a Lawyer Wants to Cry (1995) and Failure Offers Seeds of Hope (2005).

After graduating from the Hankuk University of Foreign Studies and the Korea University School of Law, he practiced law and went on to secure a spot on South Korea's sixteenth National Assembly.

At a time when most people in Seoul primarily drank bottled water, Oh drank only tap water and publicly urged his fellow Seoul residents to do the same, while working to ensure the safety and quality of the public water supply.

He and South Korean President Lee Myung-Bak both held office as Mayor of Seoul.

Oh Se-hoon Is A Member Of