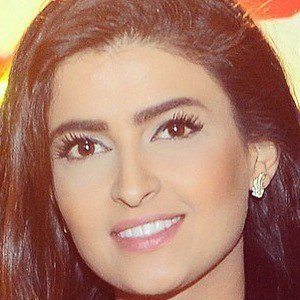 Award-winning journalist and television presenter known for her work with Jordan's MBC channels. She is also a successful model and brand ambassador for L'Oreal Paris in the Middle East.

A young prodigy, she graduated from high school at sixteen and completed law school at nineteen. While in college, she began working as a reporter at seventeen.

She was the first Arab woman to climb the UAE skyscraper the Burj Khalifa.

After joining social media, she became the second most followed Jordanian woman on Twitter after Queen Rania.

Ola Al-Fares Is A Member Of