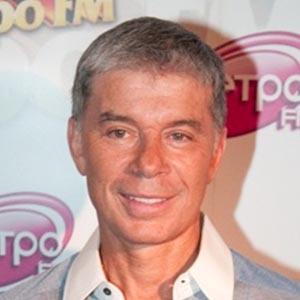 Singer who became a superstar in Russia with hit singles like "Ofitsery," "Svezhyi Veter" and "Vpered Rossiya." His songs are famous for their intense Russian patriotism, earning him the title of People's Artist of Russia in 2001.

He grew up in Gusev, Russia and began his music career in the early 80s.

He is an accomplished gymnast who is known for performing acrobatic feats during his live performances.

He married a woman named Marina in 2003. He has children named Rodion, Philip and Marianne.

He received the Order "For Merit to the Fatherland" from Russian President Vladimir Putin.

Oleg Gazmanov Is A Member Of