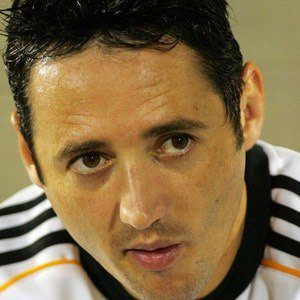 Former German striker who spent a decade playing for the German national team, scoring 10 goals in 69 appearances from 1998 to 2008.

He began his professional career with Servette FC in 1992.

He scored 154 goals in his club career, 84 while playing with Bayer Leverkusen and Borussia M'gladbach between 1999 and 2010.

He was born in Locarno, Switzerland.

He played alongside Oliver Bierhoff on the German national team from 1998 to 2002.

Oliver Neuville Is A Member Of