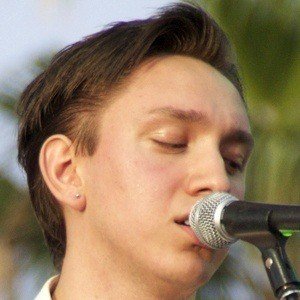 British bassist whose best known as a member of the platinum-selling indie pop band The xx. They are popular for their album Coexist, which debuted at number one on the UK's Official Album Charts and sold upwards of 58,000 copies.

He and The xx formed in 2005 with members Jamie xx and Romy Madley Croft.

He and The xx won the annual Mercury Prize for the best album from the UK and Ireland in 2010.

His The xx band member Jamie xx serves as both the percussionist and producer of the band.

Oliver Sim Is A Member Of