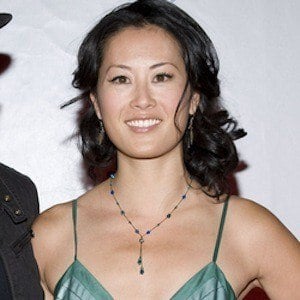 Actress and former broadcast journalist most well known for bringing to life Mei Lin in the hit Netflix series Marco Polo. She first gained popularity as a freelance journalist for ET Canada but later went on to pursue acting, earning small roles in shows like Broken Trail, Eureka, and Supernatural.

She co-founded the group One Asian, an organization dedicated to supporting education and empowerment for women of Asian heritage.

She was born in Edmonton, Canada to Cantonese-speaking immigrant parents from China.

She appears alongside Benedict Wong in the Netflix series Marco Polo.

Olivia Cheng Is A Member Of