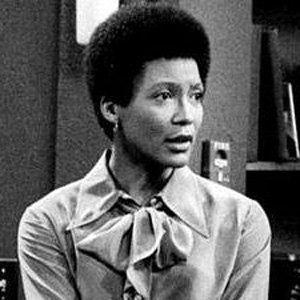 '70s actress who became the first African American woman to win a Primetime Emmy Award for her performance in Roots.

She made her television acting debut in a 1969 episode of Guiding Light.

She acted in several Broadway productions, including The School for Scandal and The national Health.

She married Richard Venture in 1970.

She had a small role with Katt Williams in the 2008 comedy First Sunday.

Olivia Cole Is A Member Of