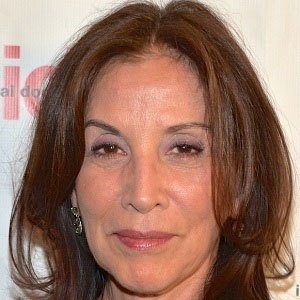 Also notable for her work as a producer and writer, she is perhaps most famous as the widow of former Beatle George Harrison. She produced the 2010 Martin Scorsese-directed feature George Harrison: Living in the Material World and co-wrote a memoir of the same title.

She met George Harrison while working in the administrative department of A&M Records.

She and her husband were the victims of a 1999 home invasion that sent them both to the hospital with non-fatal stab wounds.

Born Olivia Trinidad Arias, she spent her early years in Mexico and her teenage years in Southern California. She and George Harrison married in 1978, shortly after welcoming their only child, musician Dhani Harrison.

In 2002, she produced the Concert For George event at the Royal Albert Hall in London. The concert included performances by Paul McCartney, Ringo Starr, and Ravi Shankar, among other prominent musicians.

Olivia Harrison Is A Member Of