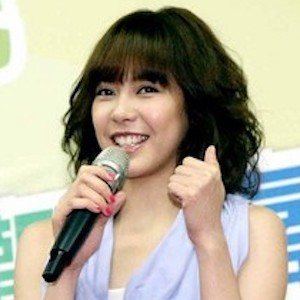 Pop singer who formed the J-Pop group Mirai with two other girls. She released her debut album A Girl Meets Bossa Nova at 19.

She moved to Japan after passing through secondary school and at 15, won her first singing competition.

She predominantly records in Mandarin, but her work extends into English, Cantonese, and Japanese. She appeared in the film It's a Great, Great World in 2011.

Her grandfather is Peranakan.

She and Aiko are both famous J-Pop stars.

Olivia Ong Is A Member Of