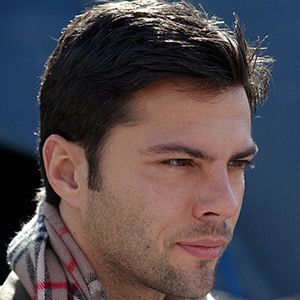 He grew up in Krotoszyn, Poland and graduated from the University of Wrocław in 1998.

He was a contestant on the first edition of Poland's Dancing With the Stars.

He married model Karolina Malinowska, with whom he has children named Christian, Julian and Fryderyk.

He has interviewed actors like Brad Pitt as the host of Co Za Tydzień.

Olivier Janiak Is A Member Of