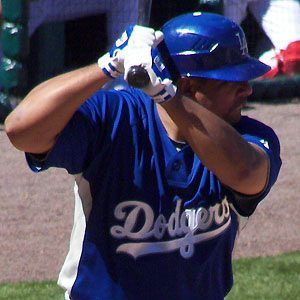 Panamanian baseball player who specialized as a pinch hitter during his Major League career.

He came up through the Chicago White Sox minor league system.

When in the field, he usually played first base or third base, but he was mostly known for his abilities at the plate.

He had a son and a daughter with his wife Sylvia.

He was the right-handed counterpart to Robin Ventura on the Dodgers' bench in 2004.

Olmedo Sáenz Is A Member Of