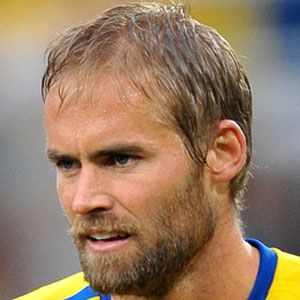 He began his professional career with Degerfors IF in 1996.

He helped Olympiacos win the Superleague Greece title in 2011 and 2012.

He has two children with his wife Carolina Kihl, whom he married on July 13, 2013.

He and midfielder Rasmus Elm were teammates on the Swedish national team.

Olof Mellberg Is A Member Of