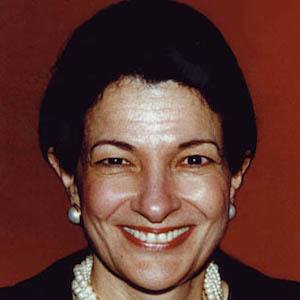 Republican politician who served as the U.S. Senator from Maine from 1995 to 2013. She was the Chairman of the Senate Committee on Small Business and Entrepreneurship and her tenure was marked by her strong sense of bipartisanship.

When she was nine, her mother died of breast cancer. The following year, her father died of heart disease.

She was the youngest Republican woman ever elected to the United States House of Representatives and was also the first woman to have served in both houses of a state legislature and both houses of the U.S. Congress.

She was married to Republican state legislator Peter Snowe until his death.

She succeeded John Kerry as the Chairman of the Senate Committee on Small Business and Entrepreneurship.

Olympia Snowe Is A Member Of