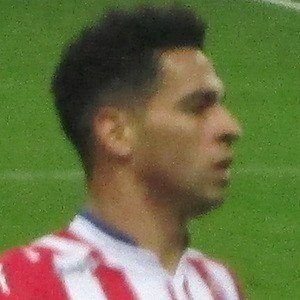 Spanish midfielder who made his La Liga debut with Real Madrid in 2013. He joined Eintracht Frankfurt of the Bundesliga for the 2016-2017 season.

He grew up playing youth soccer for Santa Cruz, Tegueste, and Laguna before joining Real Madrid in 2010. He made his senior debut with the reserve team in 2011.

He earned a cap with Spain's U20 team in 2013. He's played on loan with Derby County and Sporting Gijón.

He grew up in Santa Cruz de Tenerife on the Canary Islands.

He became teammates with Haris Seferovic when he joined Eintracht.

Omar Mascarell Is A Member Of