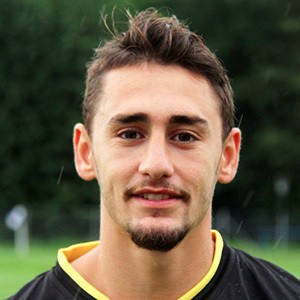 Israeli professional football player who is known for his work as a winger on the Maccabi Tel Aviv club. He is also known for having played as a midfielder on the Israel national team.

He started his youth career training in the Maccabi Tel Aviv academy before transferring to the Hapoel Rishon LeZion club where he would make his professional debut in 2011. In 2012, he debuted with the Israel Under 19 national team.

As part of the Hapoel Rishon LeZion club, he won the Toto Cup Leumit during the 2013 season.

He was born and raised in Holon, Israel and shared a photo with his son through Instagram in May of 2018.

Other players also known for their work on the Israel national team include Tomer Hemed and Lior Refaelov.

Omer Atzili Is A Member Of