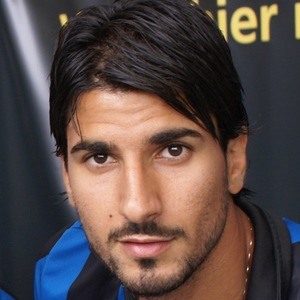 He first began his youth career with the Maccabi Haifa club in 1998. He joined their first team in 2004 and ended up winning the Israeli Premier League on multiple occasions. He made his senior international debut in 2007 with the Israeli national team.

He has earned several individual honors and awards for his playing including Footballer of the Year in Israel in 2011 and Belgian Pro League Player of the Month in March of 2014.

He shared a photo with his wife Gal Refaelov and their son and daughter to his Instagram in May of 2018.

As a player on Israel's national team, he played alongside Eitan Tibi and Beram Kayal.

Lior Refaelov Is A Member Of