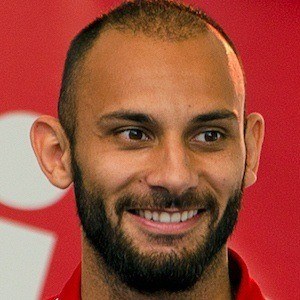 Turkish international centre back who helped SC Freiburg earn promotion to the Bundesliga in 2009. He joined Bayer Leverkusen at the start of the 2011 season.

He grew up playing for youth teams in his native Ravensburg before joining Freiburg in 2005. He made his senior debut in 2008.

He represented Germany at the U19 level, but started playing with Turkey's national team in 2011.

He was born to Turkish parents and grew up with three older siblings.

He and Julian Brandt have played together on Leverkusen.

Omer Toprak Is A Member Of