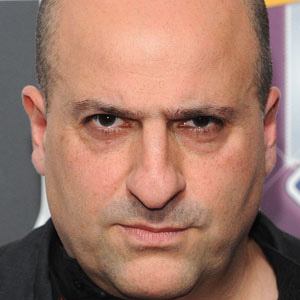 British-Iranian comedian who performed at the Edinburgh Fringe Festival and appeared in such films as The Pirates of the Caribbean: At World's End, The Love Guru, and Sex and the City 2.

He studied English and theater at the University of Ulster in Northern Ireland. He later performed in an acclaimed Edinburgh Fringe Festival show entitled Short Fat Kebab Shop Owner's Son.

His Iranian heritage allowed him to play Islamic characters in films such as Gladiator, The Mummy, and The World is Not Enough.

He was raised in England by Iranian immigrant parents. He later married and had three children.

He was in 22 episodes of Whoopi Goldberg's self-titled NBC sitcom.

Mamma Mia! Here We Go Again
Over the Hedge
Molly Moon and the Incredible Book of Hypnotism
More