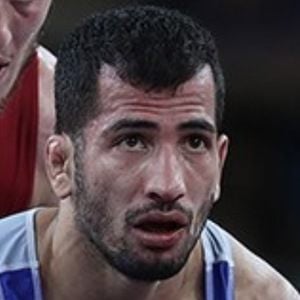 Iranian wrestler who won the gold medal in the 60kg Greco-Roman wrestling event at the 2012 London Olympic Games. He won the 2011 World Wrestling Championships prior to his Olympic win.

He burst onto the world wrestling scene with his 2010 Asian Games tournament win.

He earned a silver medal at the 2014 World Wrestling Championships.

He was originally born and raised in Shiraz, Iran.

He and Jordan Burroughs both competed and won at the 2012 Olympic Games in wrestling events.

Omid Noroozi Is A Member Of