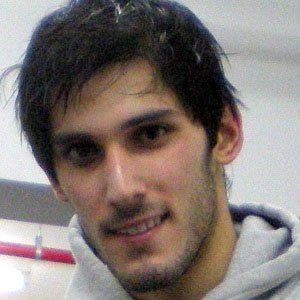 Israeli forward who broke into the NBA with the Sacramento Kings in 2009. He then played briefly for teams such as the Cavaliers, Rockets, Pelicans and Timberwolves before joining the Golden State Warriors in 2017.

He began his professional career playing for Maccabi Tel-Aviv in 2005.

He was traded along with a 2012 First Round Pick on June 2011 to the Cleveland Cavaliers in exchange for JJ Hickson.

He was born to Shimon and Ilana, and raised with an older brother, Eitan, and a younger sister, Aviv. In 2016, he married Shani Ruderman.

In 2011, he began playing with All-Star point guard Kyrie Irving on the Cleveland Cavaliers.

Omri Casspi Is A Member Of