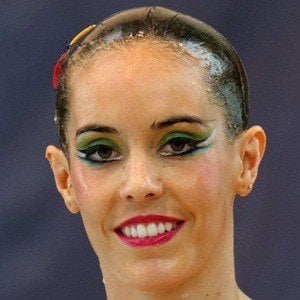 Synchronized swimmer who competed in the Summer Olympics in 2012. She's won more than a dozen medals in championships.

She started doing synchronized swimming when she was 9 after doing rhythmic gymnastics.

She won the silver medal in the women's duet in the Olympics. In 2018, she won the third season of the cooking reality show MasterChef Celebrity España.

She is from Barcelona, Spain and has a brother named Max. She welcomed her first child, a son named Kai, in August 2020.

She supports the men taking part in synchronized swimming, something that Martin Short acted in for a Saturday Night Live skit.

Ona Carbonell Is A Member Of