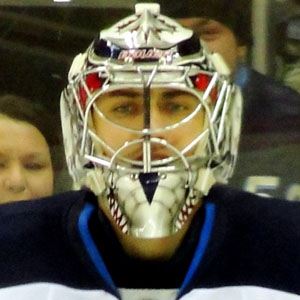 Czech goaltender who joined the Winnipeg Jets in 2011 after previously playing for the Atlanta Thrashers and their AHL affiliate the Chicago Wolves from 2007 to 2011.

He was selected in the 2005 CHL Import Draft by the Cape Breton Screaming Eagles of the QMJHL.

In October of 2010, he collapsed and hit his head on the ice, but made a full recovery.

He was born and raised in Kladno, Czechoslovakia.

He joined defender Dustin Byfuglien on the Jets in 2011.

Ondrej Pavelec Is A Member Of