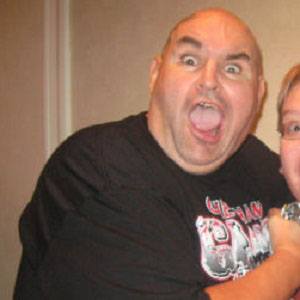 Professional wrestler most famous for his years in the World Wrestling Federation, where wrestled under the ring name Akeem as a member of the Twin Towers duo. After leaving the WWF in 1990, he won the WCW United States Heavyweight Championship in 1995.

He began wrestling on the independent wrestling circuit in South Carolina at age 17 under the ring name Crusher Gray. He later competed as Crusher Broomfield in International Championship Wrestling.

He stopped wrestling regularly after suffering a heart attack in 2000. He later became a prison guard at the Louisiana State Penitentiary.

His birth name is George Gray. He has been married and has a son.

One Man Gang Is A Member Of