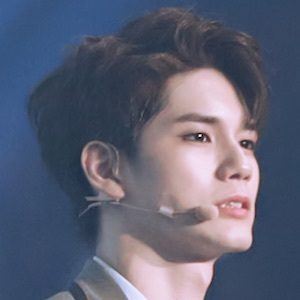 Pop singer-songwriter who rose to fame after competing on the second season of the Mnet talent show program Produce 101. He then went on to become a full time member of the boy band Wanna One. He has played roles in the films, Starlight Is Falling, Seoul Vibe, and Life is Beautiful.

He attended the Hanlim Multi Art School and worked as a wedding model prior to being cast on Produce 101.

Throughout production of season 2 of Produce 101, he was known by the nickname "Moodmaker." He was also apart of the TV series, 'Would You Like a Cup of Coffee?'.

He is from Guwol-dong, Incheon, South Korea. He has an older sister. His mother encouraged him to play a musical instrument as a child.

Ong Seong-wu Is A Member Of