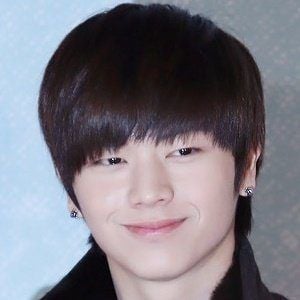 Talented overall performer as an actor, singer and dancer who performs with the boy group BtoB. He has had leading roles in Plus Nine Boys and Who Are You: School 2015, and been featured in several variety shows, including Real Men.

He acted in jTBC's Living in Chungdamdong along with several of his future BtoB band members.

He was a presenter for the program A Song For You in July of 2014.

He was born in Suwon, Gyeonggi-do, South Korea. He has one older sister. His father is the CEO of an IT company.

He performs alongside Lee Minhyuk in BtoB.

Yook Sungjae Is A Member Of