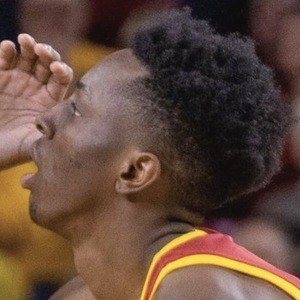 Power forward/center who rose to fame playing for Chino Hills High School, where he was named a five-star recruit by 247Sports and ESPN during his 2018-2019 senior year. He played one season of college basketball at USC before declaring for the NBA. He was selected sixth overall in the 2020 NBA Draft by the Atlanta Hawks.

He began playing tennis as a child before turning to basketball at age 8. He became a varsity starter for Chino Hills as a freshman.

His older brother Nnamdi died when he was 13 years old. His parents' names are Kate and Mike.

Onyeka Okongwu Is A Member Of