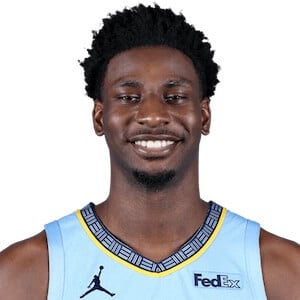 Power forward/center who was drafted 4th overall by the Memphis Grizzlies in 2018 after playing one year of college basketball at Michigan State University.

He played varsity basketball at Park Tudor School in Indianapolis, Indiana for three years before transferring to La Lumiere.

He helped lead the U.S. under-17 team to victory at the FIBA 2016 World Championships.

His parents are Jaren and Terri Jackson.

He played with Miles Bridges during his freshman year at Michigan State.

Jaren Jackson Jr. Is A Member Of