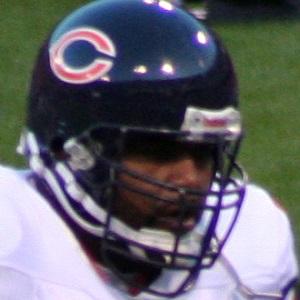 Offensive tackle who was the first overall pick in the 1997 NFL draft, and spent 12 of his 13 seasons with the St. Louis Rams, winning Super Bowl XXXIV with them.

He played college football at Ohio State, where he was a two-time Consensus All-American.

He is considered one of the best offensive linemen of his era, and achieved five All-Pro and seven Pro Bowl selections.

He was born in Sandusky, Ohio.

During the Super Bowl run he protected quarterback Kurt Warner, as part of the "Greatest Show on Turf."

Orlando Pace Is A Member Of