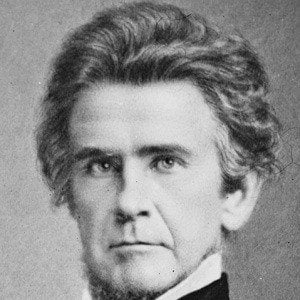 Astronomer and Union soldier who published the first magazine in the US dedicated to astronomy. He is also known for ordering the raid, during the Civil War, that became famous as the Great Locomotive Chase.

He was an assistant professor of mathematics before becoming a as brigadier general of volunteers for the Union Army during the Civil War.

He helped set up observatories for Harvard University and the US Navy.

He resided in South Carolina until his death from yellow fever.

He was a former classmate of Robert E. Lee.

Ormsby M. Mitchel Is A Member Of