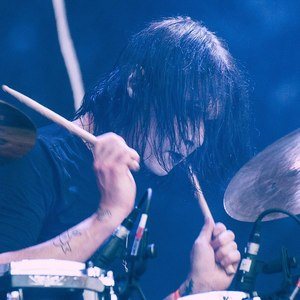 Drummer nicknamed Vice who is most famous for his work with the Swedish industrial metal band Deathstars. He joined Deathstars as a touring drummer in 2011 before making his recorded debut with the band, The Perfect Cult, in 2014.

He was a member of the group Crescendolls before joining Deathstars.

He toured in support of industrial metal legends Rammstein with Deathstars in 2011.

He has been bandmates with singer Andreas Bergh in Deathstars.

Oscar Leander Is A Member Of