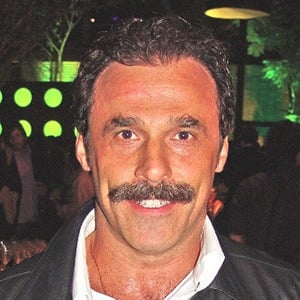 Actor who is primarily known for his roles on Brazilian soap operas like Pride and Passion, Young Hearts and The Lady of the Waters. He occasionally appears in feature films, such as Empty Heart (2013) and The Paras (2017).

He was a video store owner and physical education teacher prior to becoming an actor.

He was named Best Villain at the Prêmio Contigo awards for his performance on The King of the Cattle.

He married actress Matilde Mastrangi, with whom he has a daughter named Isabella.

He and Eduardo Galvao appeared together on Young Hearts.

Oscar Magrini Is A Member Of