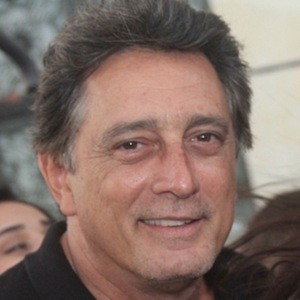 Veteran actor who has starred on many Brazilian shows over the years, including Apocalypse, Dance, Dance, Dance and Começar de Novo. His film credits include Minha Vida em Suas Mãos (2001) and Turbulência (2015).

He made his television acting debut on the series O Salvador da Pátria in 1989.

He played Darryl Van Horne in a stage musical version of The Witches of Eastwick.

He has a daughter named Mariana.

He has appeared with Sérgio Marone on the drama Apocalypse.

Eduardo Galvão Is A Member Of