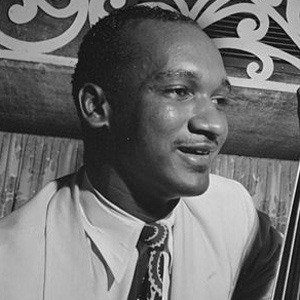 Bebop pioneer, composer, and one of the most often recorded jazz bassist bandleaders.

He started playing bass at the age of fourteen because he did not like how it was being played by other people and wanted to revolutionize it.

He was also known for his use of cellos as a solo jazz instrument, due to an experiment he performed while trying to play with a broken arm.

He was survived by his wife and three children.

He and Dizzy Gillespie led a bebop group together in 1943.

Oscar Pettiford Is A Member Of