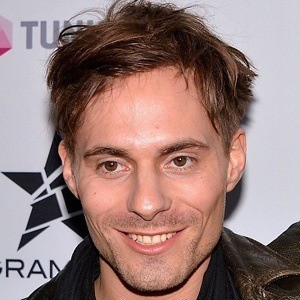 Swedish hip hop artist who first rose to fame as a member of the band Snook alongside Daniel Adams-Ray. He began his solo career in 2010 and would go on to release the hit albums Vilja bli and Klappar och slag.

He met Snook partner Daniel Adams-Ray while both were in high school. They formed Snook in 2000 and followed with the debut single "1990 something."

In 2006, Snook was named the Best Swedish Band at the MTV Europe Music Awards.

Born to Hans and Meta Linnros, he has a sister, Johanna Linnros.

He has produced music for a number of popular acts and artists including Veronica Maggio and Petter.

Oskar Linnros Is A Member Of