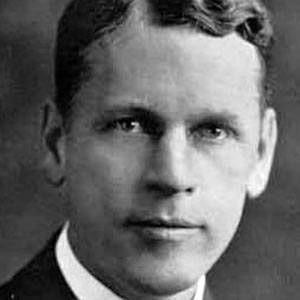 Influential mathematician who proved the Jordan curve theorem in 1905. He also contributed to the foundations of modern geometry and atomic physics.

After graduating from Harvard he began his research at Princeton into the foundations of mathematics, publishing several works that would serve as the definitive text for decades.

He led early research into general relativity and formed the theoretical foundations that would lead to the first digital computing machines.

His uncle was Thorstein Veblen, a noted economist and sociologist and his parents were Andrew Anderson Veblen and Kirsti Hougen.

Harold Hotelling, another prominent mathematician, was one of his doctoral students.

Oswald Veblen Is A Member Of