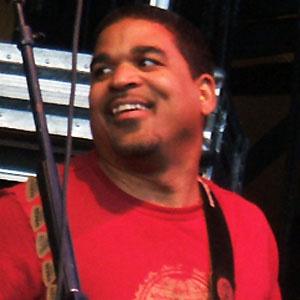 Bassist for the Allman Brothers Band from the last 1990s and co-founder of the band Aquarium Rescue Unit.

He became a multi-instrumentalist at an early age; after high school, he moved to Virginia Beach where he got his first noteworthy gigs.

He has been recognized for his ability to perform scat-singing while playing jazz solos.

He married Jessica Shouse in 2010.

He immersed himself in the jam band scene, working with many groups and individuals, including Phil Lesh.

Oteil Burbridge Is A Member Of