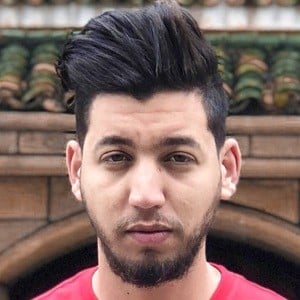 Moroccan YouTube star who is famous for his eponymous channel. He has gained massive popularity for his challenges, pranks, and vlogging about Morocco's culture.

He was originally born and raised in Laayoune, Morocco.

He and Anouar Farhat are both popular Moroccan YouTubers.

Oussama Ghannam Is A Member Of